Warning: "continue" targeting switch is equivalent to "break". Did you mean to use "continue 2"? in /homepages/3/d546183572/htdocs/clickandbuilds/BaenzigerLab/wp-content/plugins/styles/classes/csstidy/class.csstidy.php on line 854 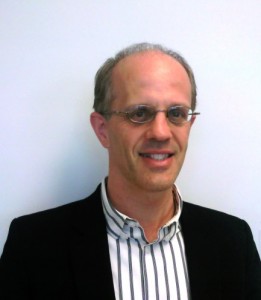 Dr. Baenziger received his B.Sc. in Biochemistry from Queen’s University in 1984, conducting research in the laboratories of both Drs. John Elce and Peter Davies.  It was during this time that he was first exposed to the field of biophysics.  This stimulated him to pursue a Ph.D. at the National Research Council of Canada with Dr. Ian C.P. Smith, a pioneer in the use of solid state NMR methods to study biological molecules and human disease.  Dr. Baenziger completed his Ph.D. in Biochemistry at the University of Ottawa in 1989.  Building on his acquired expertise, he undertook a postdoctoral fellowship jointly at Harvard Medical School and Boston University where he worked on the structural and functional characterization of ligand-gated ion channels.  In 1992, Dr. Baenziger joined the Department of Biochemistry at the University of Ottawa, where he is currently a full professor.


Warning: count(): Parameter must be an array or an object that implements Countable in /homepages/3/d546183572/htdocs/clickandbuilds/BaenzigerLab/wp-includes/class-wp-comment-query.php on line 399